Newcastle United had not played a game under their new ownership group last October when Amanda Staveley confirmed a desire to win the Premier League on Tyneside.

“We have the same ambitions as PSG and Manchester City in terms of trophies,” the co-owner added.

Newcastle were winless and in the bottom three, where they would remain until February, so this seemed an optimistic target, even given the wealth of Saudi Arabia’s Public Investment Fund.

The Magpies are highly unlikely to challenge City for their title this season either, but they are at least looking up now.

From the date of the takeover until the end of the season, Newcastle earned the sixth-most points in the division (46); in 2022, they have earned the fourth-most (38); in points-per-game terms, Eddie Howe’s men are third for the calendar year (2.0). 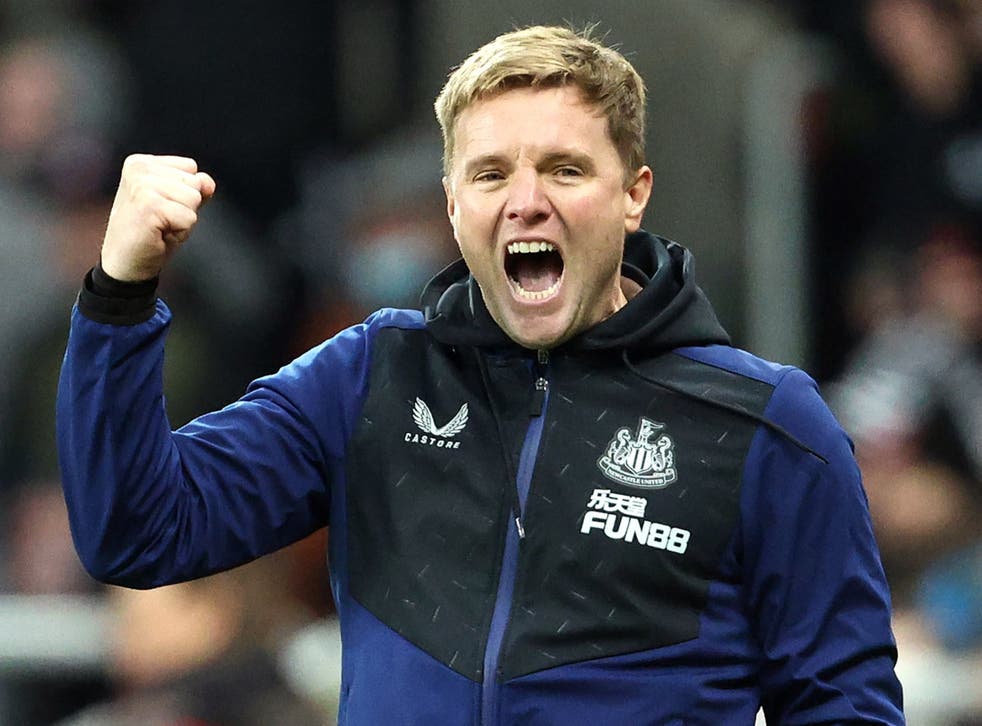 Howe – appointed a month after Staveley arrived at St James’ Park – has since had the benefit of a pre-season, while Newcastle have again invested in the transfer market following January’s world-leading £90million outlay.

So, how far can Newcastle go in 2022-23? And which of the established big boys might be under threat?

‘Europe is definitely a goal’

Staveley’s aims appeared quite modest by the time Bruno Guimaraes took to the podium in his introductory news conference following a £35m switch from Lyon.

“We want more, we want to win the Champions League,” the Brazil midfielder announced.

Let alone winning the Champions League, Newcastle have not played in the competition since 2003; their last appearance in any European tournament came back in 2013.

But the Magpies now have a squad determined to end the club’s absence from continental action after 10 years.

“I believe we can challenge for European football this season,” Joelinton told FourFourTwo. “It might be hard to qualify for the Champions League just yet, but why not? We want to at least compete for a Europa League spot.”

Sven Botman, a new signing from Lille, added to Mail Online: “Europe is definitely a goal this season. I believe we can achieve that.”

If Newcastle can maintain their form to date under Howe, Europa League qualification should be comfortably within their reach.

But the coach, perhaps understandably, is a little more guarded than his ambitious stars, offering only: “As long as expectations are controlled, then we’ll be fine.

“This season is about progression, improvement. We want to evolve into the team we want to be in the future.”

Better even before buying

Newcastle’s evolution to this point has primarily centred around their defence – understandably, given they shipped 80 goals in 2021, a Premier League record for a calendar year.

It was this sort of worrying statistic that prompted doubts about Howe’s suitability as the man to turn the Magpies around, with his stint as Bournemouth boss seeing at least 60 conceded in each Premier League season.

Yet in 2022, just four sides have let in fewer than Newcastle (20); only three have kept more clean sheets (seven).

Three of the five players signed in January were defenders, while Botman and goalkeeper Nick Pope have since followed, and the pre-season focus on maintaining possession should ease the pressure on that back line considerably.

It is now at the other end of the pitch where there are slight concerns.

Howe has openly discussed the need for offensive recruits, with the week before Saturday’s opener at Nottingham Forest bringing reports of two failed bids for Leicester City playmaker James Maddison.

There clearly remains an over-reliance on Allan Saint-Maximin, who created 50 chances last season – two more than Maddison but also an alarming 21 more than his next team-mate (Joelinton).

Getting on the end of those passes, Newcastle also need Callum Wilson to stay healthy. He has scored 20 goals from just 84 shots over the past two seasons; of the Premier League players to tally 20 or more in that time, only Son Heung-min could better Wilson’s conversion rate of 23.8 per cent.

That Wilson’s fitness record was so poor last season actually suggests Newcastle could get better without significant reinforcement, though.

Not until the final two matches of the season, in wins over Arsenal and Burnley, did Guimaraes, Saint-Maximin and Wilson all start together.

With all of the ‘big six’ pursuing a top-four finish, there are not enough Champions League places to go around even before considering the league’s third-best team this year.

Newcastle will not catch City or Liverpool this season – even if Stats Perform’s League Prediction model, calculated using betting market odds and Stats Perform’s team rankings, counts the Magpies among seven potential title winners (albeit just a 0.03 per cent shot) – but the teams below the top two might all be within Howe’s sights after warning shots were fired last term. 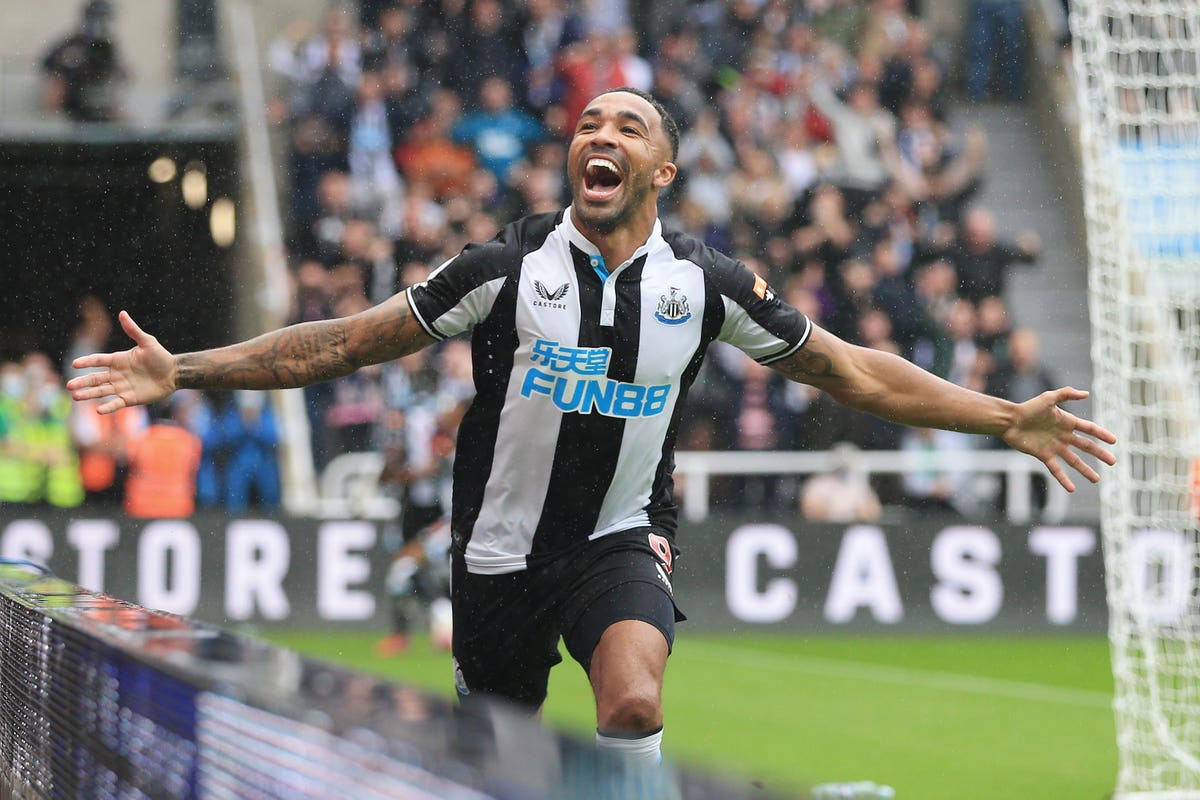 Chelsea ended a nine-game unbeaten run for Newcastle in controversial circumstances in March, snatching a 1-0 victory, while Tottenham capitalised on a rare off-day to win 5-1 the following month, but only after trailing to a Fabian Schar free-kick.

Arsenal were not so lucky, seeing their top-four hopes dashed on a brutal evening at St James’ Park when Guimaraes, Saint-Maximin and Wilson teamed up from the start for the first time.

Manchester United are yet to play Newcastle in 2022 but were fortunate to escape with a draw from Tyneside in the final game of the previous calendar year.

Spurs and Arsenal are at least widely considered to have improved since the end of last season, spending well, but the same may not be true of Chelsea and United.

In the 2022 standings, Chelsea are sixth, and their transfer window has not panned out quite as they hoped. United have been frustrated, too, and they are a distant ninth since the turn of the year – nine points shy of Newcastle having played a game more.

If the team from the small city of Newcastle continue to go from strength to strength, two of English football’s giants may have to improve merely to make the Europa League, let alone the Champions League.