The wicketkeeper is the only member of the fielding side that wears external leg guards and gloves. The wicketkeeper can massively affect the outcome of a game. A good wicketkeeper must contribute with the bat and impress behind the stumps.

This article will look at the greatest wicketkeepers of all time. These cricket stars have impressive all-round performance on the pitch.

Brendon McCullum is in the history books as one of the greatest cricket players of all time. The former New Zealand star was a dynamic hitter with amazing skills as a wicketkeeper.

Brendon is well known for his aggressive batting in the field and quick scoring. The New Zealand legend is the only player to score two T20 centuries. McCullum made his ODI debut in 2002 and later made his Test debut in 2002.

The New Zealand legend scored 5 ODI centuries and 12 Test centuries. He ranks sixth for the highest number of dismissals in ODIs, 242.

Brendon McCullum, who retired from all forms of cricket in 2019, is the former leading run-scorer with 2,142 international runs in the T20 format. He is the only one of the two Kiwi players to have scored two T201 centuries and made more than 2000 runs in T201.

Brendon is currently the head coach of the England Cricket test team.

Mahendra Dhoni is one of the biggest names in the cricket world. The Indian star is regarded as the best captain for his country because he helped them a lot on the cricket field. He captained the Indian national cricket team in limited-overs format between 2007 and 2017.

MS Dhoni has produced numerous match-winning performances in his cricket career. The 40 years old made his first ODI appearance in 2004 and made a debut in a Test match in 2005. Dhoni has 398 dismissals in ODIs.

Mark Boucher is one of the cricket players who broke numerous records in the game. The legendary wicketkeeper was a very versatile player. 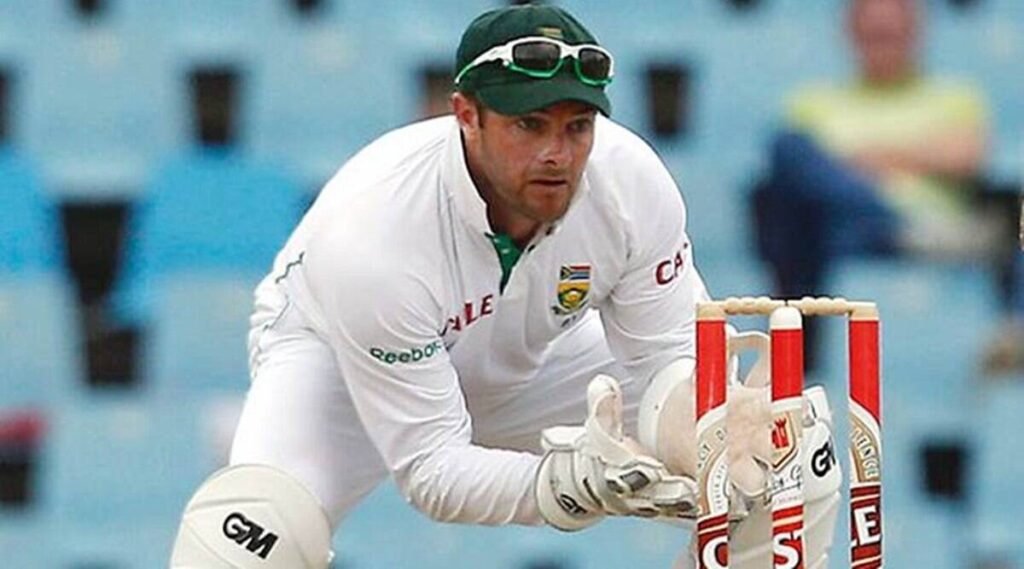 Boucher is regarded as one of the best wicketkeeper batsmen of all time. The South African still holds the record for most Test dismissals by a cricket player, 555 total dismissals and 532 catches.

The right-handed wicketkeeper scored 5 tons and 35 half-centuries in Test matches.

Kumar Sangakkara is arguably the greatest cricket player in Sri Lanka. The former wicketkeeper holds the record for most dismissals in ODIs.

Kumar began playing international cricket in 2000 and has been a joy to watch throughout his career. He is in the ICC Hall of Fame due to his performance and achievements.

The Sri Lankan international achieved 482 dismissals in 353 innings in ODIs. The brilliant wicketkeeper was also one of the best batsmen as he scored 11 double centuries and still holds the record for most ODI runs by a wicketkeeper; 13,262.

Kumar’s unbelievable performance has made him one of the greatest cricket players of all time. Adam is currently a cricket commentator.

Adam Gilchrist is undoubtedly the greatest wicketkeeper of all time. The former cricket player is currently a cricket commentator in Australia.

Adam was part of Australia’s golden age with top bowlers like McGrath and Shane Warne.

The legendary wicketkeeper broke records during his days. He held the record for the most dismissals by a wicketkeeper in ODI until 2015, when Kumar Sangakkara became the record holder. The Australian legend averaged 1.67 dismissals per innings. Apart from wicketkeeping, Adam was also a brilliant batsman. He is in the history books for his big-hitting abilities and attacking battling styles.