Despite losing their final group stage match at the Commonwealth Games, Kenya’s 3×3 basketball teams have both qualified for the quarter finals in Birmingham.

The 3×3 basketball is making its debut at the Commonwealth Games where the Pool winners qualify to the semi-final while the second and third placed teams advance to the last eight.

Both the men and women’s team won against Sri Lanka, the men narrowly winning 21-18 while the women’s team were in free flowing form, thrashing the Sri Lankans 21-8.

The men’s team then went on to lose their second match narrowly, going down 15-12 to Canada while the women’s team were beaten 21-15 by Australia.

In their last matches, the Lionesses lost 21-17 to Scotland while the men’s team narrowly went down 15-14 in a captivating match. 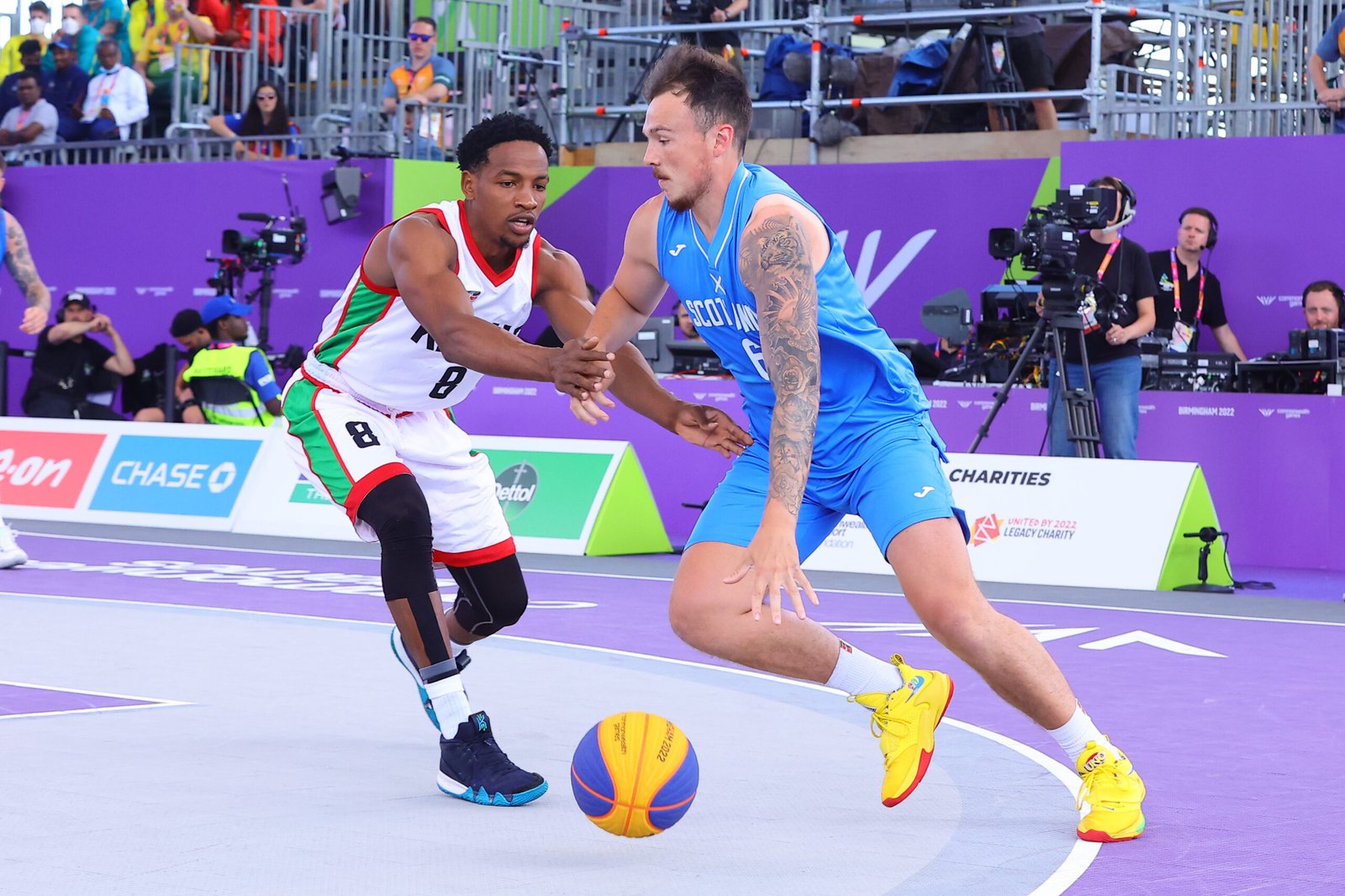 The men’s team is made up of George Omondi, Larry Shavanga, John Odhiambo and Equity Dumas’ Faheem Juma. Against Scotland, Omondi was the top scorer with six points while Juma had four, in the narrow loss.

The Kenyan boys converted 42pc of their one point attempts while the Scots were a bit more efficient, converting 58pc of their attempts in the arch.

“It was a good game. We started well but we had a few mistakes. We learn as we go and now into thenext round, I believe we can do better. I believe in my teammates and if we focus better, then we will have good results,” said Shavanga.

Coach Zaddock Adika added; “The boys stood up to the occasion, only that we missed a few shots and we missed the last possession from the rebound that could have enabled us tie or win the game. We took Scotland by a surprise and they had to hit a three point that brought that difference.”

He added; “We appreciate this opportunity being here as the first African team in the 3×3. We want to be here more often and we will do our best to perform well now and look forward to the next.” 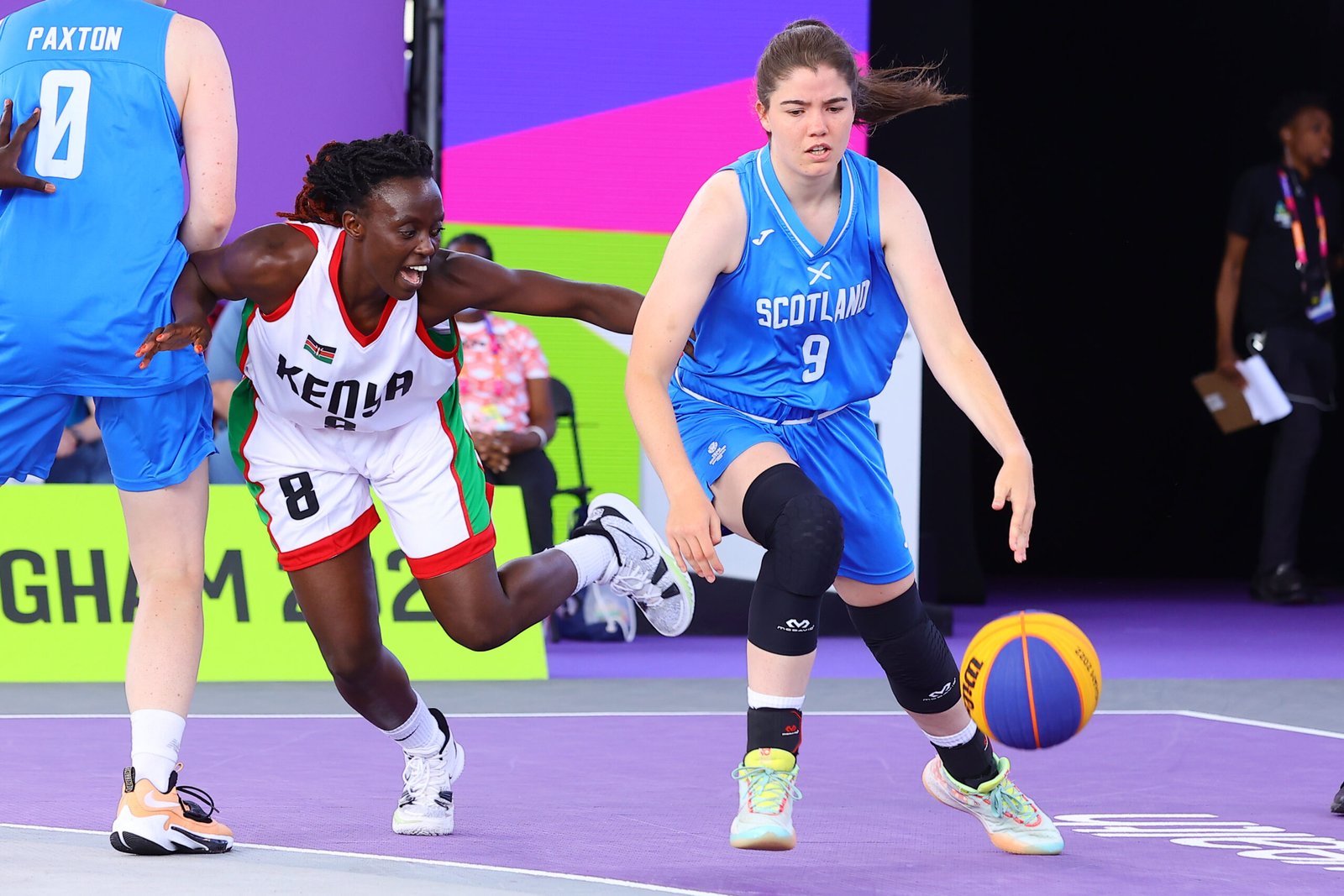 Meanwhile, the women’s team lost by four points to the Scots, who finished second in the group. The team is composed of USA-based Victoria Reynolds, KPA’s Hilda Indasi, Medina Okot and national 5×5 team captain Melissa Akinyi.

Indasi sunk six points for the Lionesses against the Scots including two beyond the arc while Indasi and Reynolds had five each.

“It was an important match for both teams because getting into the quarters you want to top the pool to face a weaker team, we lost this one, we have put ourselves in a hard position but we will come hard, we are prepared mentally for that, no slacking going forward,” Indasi said.